If I allow myself enough time to ponder the concept of innovation, I’m almost overwhelmed by its significance in both human history and our day-to-day life here in the 21st century. I ask you; where would we be right now without innovators? Then, there’s my fascination with a word’s meaning and origins; exactly what is innovation, and when did the word become part of everyday language? More on those questions later; right now I want to share some really big news. 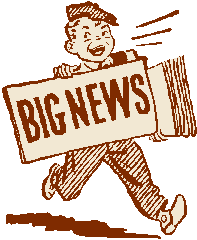 Along with four other companies, FrontRunner Professional, and specifically the Total Business Solution, was selected as a finalist for the 2014 National Funeral Directors Association Innovation Award. According to the NFDA press release, “Cast Your Vote Now! NFDA Innovation Award Will Be Presented at 2014 Convention“, there were twenty-seven (27) entries, each of which needed to be evaluated by a panel of funeral directors.  They were responsible for reducing a field of 27 to a select five (5) finalists–no easy task I’m sure. The press release, issued by the NFDA on August 1st, 2014, is an informative call-to-action: the organization is turning to all funeral service professionals (not just NFDA members) to select this year’s winner. In short, they’re asking you to cast your vote for what you believe to be the most innovative product or service which became commercially available after January 1, 2013.

award. How so? According to the NFDA website, the winner of the 2014 NFDA Innovation Award will be chosen based on the combination of votes cast and the original scores of the judges. (To read about the five finalists (and cast your vote) visit the NFDA webpage, “2014 Innovation Award Finalists“.)

We’re So Grateful and Appreciative of You

You can bet everybody here at Frontrunner wants to share their sincere gratitude with all who work in the funeral profession; and most especially with our clients. We’re so appreciative of their insights derived from years of career-related experience; and the inspiration they give us is priceless. If you’re a funeral professional, we’re so grateful for your encouraging support which allows us to continue doing what we love to do. In short, we’d be nothing, if not for you.

And with your help, we can win the 2014 NFDA Innovation Award. That’s why we’d like to request you (once again) show us your support by casting a vote for Frontrunner’s innovative Total Business Solution.

Why should you vote for the Total Business Solution? Because it’s the only completely web-

based technology solution exclusively designed for the funeral profession; where all of a funeral home’s website, management, marketing and memorialization needs are addressed in one powerful single-data-entry solution. “Our Total Business Solution is the most advanced and all-encompassing, single-data-entry system on the market,” says Kevin Montroy, founder of Frontrunner Professional. “It allows you to streamline your business practices, generate new revenues, and offer a higher level of service to families. As a licensed funeral director for over 30 years, I knew all too well how often I had to enter the same deceased and family information and how much time and money that cost me as a funeral home owner.” (Click on Total Business Solution to learn more.) Still not clear on how you vote? It’s easy: as I mentioned earlier, all you have to do is visit 2014 Innovation Award Finalists before September 14th, 2014.

Now It’s Back to Innovation 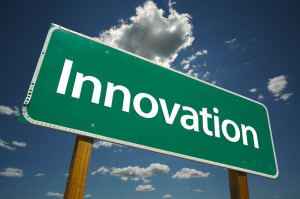 Okay, I promised to return to those original questions, and I just can’t resist the pull. You’ll remember in the opening paragraph I shared my fascination with the concept of innovation; how I can spend far too much time thinking about the word’s meaning and historical use.

“Exactly what is innovation?” Diane Zuckerman, in the online INC. article, “Innovation is about Behavior, Not Products” (updated May, 2013) argues “Innovation is not invention. An invention is generally a product or a process and something you can see. Innovation is different. To innovate, we must ask ‘why’ someone does something rather than asking ‘what’ he or she does. We must design with the intent to influence or persuade, and then deliver an experience that is both meaningful and measurable to the buyer or user.”

“When did the word become part of everyday language?” For a fascinating look at the answers to this question read Emma Green’s 2013 online article, published by The Atlantic “Innovation: The History of a Buzzword“. She tells readers “Innovation began taking root as a term associated with science and industry in the nineteenth century, matching the forward march of the Industrial Revolution, although the language of that period focused more strongly on invention, particularly technical invention.”

And “Where would we be right now without innovators?” Certainly not in the same place we’re in today, that’s for sure. Everyone pretty much agrees there have been world-changing innovations; consider just a few: the compass (14th century), the printing press (15th century), magnifying lenses (13th century), and the transistor (20th century). Each of those innovations changed human existence forever, and today’s innovations will do much the same thing.

Each of the products or services selected as a finalist in the competition reflects, in very large measure, a high degree of imagination and sensitivity. Reward funeral service innovators; after all, without them the profession would be less than it is, and certainly less than it could be.